Lying 50 miles south of Italy in the middle of the Mediterranean sea, the island of Malta is a popular holiday destination for couples, families and, well, pretty much anyone. Spanning an area of just 122 square miles, Malta is the world’s tenth smallest sovereign country. But don’t let its size fool you, this tiny island has something to offer everyone and is the perfect place for some much needed rest and relaxation.

Beautiful beaches, glorious sunshine and pretty ports, Malta isn’t short of picturesque scenery that leaves you feeling relaxed and fulfilled. Head to Marsaxlokk fishing village on the southern tip of the island on market day to sample fresh seafood caught that morning, and once you’ve had your fill wander through the stalls filled with trinkets and goods sold by the locals.

Make sure you visit Malta’s Blue Grotto, where you can take a short boat trip out to the caves to glimpse the piercing blue hues in the water around the island’s southeast coast. This is a really popular diving and snorkeling spot attracting around 100,000 visitors every year. Don’t let the crowds put you off though, as it really is worth the trip.

And if boat trips are your thing, then why not make a day out of it and catch the ferry over to one of Malta’s sister islands, Gozo. The ferry ride to Gozo takes around 25 minutes, and if you book an organised tour you’ll be met at the dock by an open top bus which will take you to the island’s capital, Victoria (Ir-Rabat). Here, you can weave through the cobbled streets, ducking inside the many shops and stop at one of pretty the open air cafes for a bite to eat. Take a trip up to the Citadel, where its towering fortifications provide superb views across the whole island. St George’s Basilica stands in a square in the heart of the Old Town, and the tiny winding streets around St George’s are some of the oldest in town.

Many of the boat trips to Gozo will also stop off at the striking Blue Lagoon on the island of Comino on their return leg. Here, you can swim for hours in the island’s crystal clear waters, and if snorkelling is your thing then you’ll be spoilt for choice with an abundant variety of sea life on display. A word of warning: it does get very busy at peak times in the main lagoon, and with more and more tour operators mooring up in the bay it can spoil the tranquility. However, if you’re prepared to take a short walk around the bay’s headland to a quiet stretch of coast it really is stunning, and provides a really relaxing, wholesome place to whittle away a couple of hours.

While it would be easy, and completely understandable, to spend all your time in Malta on the island’s idyllic coast, there is plenty more to see inland. One of the biggest pulls to Malta is its capital city, Valletta, which was named the European Capital of Culture in 2018. It’s definitely worth a day trip to the city to glimpse the mid-16th century baroque to modernism architecture of the Old Town, and have a look around its unique collection of churches, palaces and museums.

One of the buildings of significant historical importance is St John’s Co-Cathedral, which visitors can enter inside for a small fee, and which holds the only signed work and largest painting by Michelangelo Merisi de Caravaggio. Take a stroll through the picturesque Lower Barrakka Gardens and gaze out over the port city’s 100m high fortifications, built by the Maltese Knights as a magnificent series of bastions, cavaliers and curtains.

It comes with the territory of holidaying on a Mediterranean island, but the seafood on offer in Malta is really something. Caught fresh and prepared with local flair, there’s little better than a delicious seafood platter to top off a day of sunbathing or exploring one of Malta’s many cultural hotspots. Due to Malta’s history of British colonisation, it’s really easy to find something familiar on the menu. But if you feel like pushing the boat out (so to speak…) then tucking into some fresh, local seafood is definitely something you should try while on the island.

Malta also has its fare share of decent nightlife for those who like to make an evening of it, with popular hotspots such as St Paul’s Bay and nearby Bugibba offering an array of restaurants, bars and clubs to suit all manner of tastes. The bottom line is, Malta has something to tickle the fancy of anyone – from a tranquil, relaxing beach break, to a cultural exploration of its many historical and cultural delights, to catering for those who prefer to party through the night and sleep throughout the day. 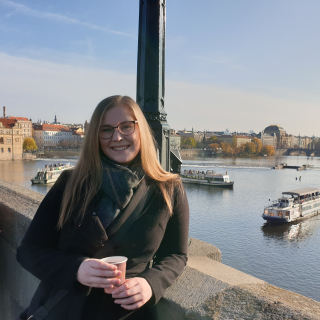